Along the way Niels has had the privilege to have been apart of a variety of experiences, in fields such as Mentoring at Big Brother, Farming & Construction Industries, Restaurant Special Menu Coordination, representing Canada at the Triathlon World Championship in Australia, and managing a 108-unit Building. The experience that was one of the biggest impacts was following a boyhood dream of becoming a professional soccer player. Having come up through the Ontario Provincial team, into the Canada Un-20 National Team. Soccer brought Niels to many places across the world, from many states in the USA playing for the Toronto Lynx, for two seasons, in the USL 1st Division. To Central America, two years in Italy, a year in Spain and back in the Netherlands.

Creating Projects with teams in areas of Online Social Commerce, Brick & Mortar Tanning Salon Ownership,  and highlighting a fantastic decade in the Hospitality and Entertainment Industry. Working with some of the top nightlife, hotel and restaurant venues in the city of Toronto, ON, Canada. Producing & Directing Weekly Events, Speaker Series, and as large as two thousand person Concerts. 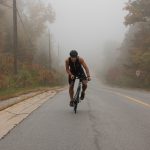 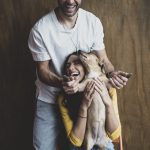